I hope you are having a great day (or) night wherever you are!!

I have decided to hold a Q &A to celebrate the beginning of summer. (Well, it will be summer where I live, and if it isn’t where you live, think of it as a celebration of your day!) This Friday will be my last day of school, and I am pretty excited for it!!

I have never held a Q & A before, so you have any tips for me, you can type them in the Google Form…..

Rules (And Other Info)

The Google Form is here!!!

I am very much looking forward to seeing your questions!!

Hello, everyone!! I have some fun posts I am working on right now, but for today, I have another QOTD for you all!! This is the question: If it had been confirmed that there was another planet where humans could live and thrive, would you move there? Would the other planet be your summer home? xD

I am looking forward to reading your answers in the comments!!! 🙂

Hi 🙋‍♀️ everyone! I am thrilled to say that I got this notification a few days ago:

Thank you so much to all of my followers and viewers, and the people who take time to comment on my posts!! I cannot thank you enough!!!😘

P.P.S.: Yesterday was the due date for the Winter Stories Compilation.

Hi everyone!! First of all, what do you think this post is about? If you have a guess, please comment your guess before continuing to read this post. 🙂

So, what have I been doing? Well, I haven’t been posting much because the volleyball season ended, and I signed up for my school’s basketball team (Even though I am not so good at it xD). It’s been going pretty well so far, busy, but fun. There are so many practices, and I had my first game last Wednesday. We were playing against people who were older than us and were very tall and aggressive. We lost, but it was really fun!!

So yeah, that’s what I have been doing, and I will try and post more often!!! I am looking forward to seeing your guesses in the comments…

Hi everyone!! I hope you are having a good day so far. I completely forgot to tell you all that I started a blog with a friend a few weeks ago. Here it is!!

Hi everyone! I understand that I didn’t give y’all much time to submit your winter stories. Don’t know what I’m talking about? This might explain things.

As you just read, I understand that I didn’t give y’all much time to submit your winter stories. So, the due date is going to be April 20th 3:30 PM, six days before my birthday 😉 . I hope that gives y’all enough time to respond, and I am extremely sorry for changing the due date over and over again.

Hello y’all! I’ve been nominated by Miriam (her blog is here) to do this Mystery Blogger Award created by Okoto Enigma. (Thanks so much, Miriam! 🙂 ) So anyway, I hope you enjoy!

Three Things About Moi (Me in French xD)

I gtg to my Stats for dis…

If any of you nominees does not want to participate, zat is fine and you don’t have to. 🙂

Alright, y’all! I hope you have an awesome rest of your day 🙂 …

Marie Curie was a famous Polish scientist. She was born in Warsaw, but later moved to France where she made an incredible discovery which would change the world. 🧪

Alright, who doesn’t know the name ‘J.K. Rowling’? She is the author of the Harry Potter series! ⚡ Comment below if you love Harry Potter!

I think many of you have heard about Malala. In October 2012, she was shot by some Taliban soldiers – but she survived the attack! 😲

I hope you enjoyed this post on Women’s day. 😊 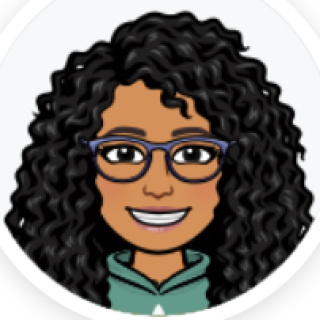 The world from my eyes

#I live to write!

It All Starts Here

Emilie Violets Essays
Night-Time Wonders!!
Day in and out with Gelina
Storytime with Shivani

En Pointe Writing
Dancing for the Holy One

THE CREATIVITY ON THE OUTSIDE

A Collection Poems by Lrose5

Out in the Randomness...

Four bloggers across the world - joined together to create something amazing!

for every read is a heart changed, a mind opened, and a soul awakened

All Creatures Great and Small

Saving our world through education and conservation.

Running With Dogs, Dancing in the Sky, Writing and Reading to distant worlds.

random snippets from the life of a farm girl

the shenanigans of my teenage life

“Books are a uniquely portable magic.”

one teen girl with one ordinary life

Wisdom from a person who clearly has none

Me, myself, and books.

The Randomness of Rayna

life, books, and art from a quirky girl.

WELCOME TO MY WORLD!

MADE BY TEENS FOR TEENS!